According to The Daily Meal, American purveyor of “Mexican” food, weird smells and 14 different types of diarrhea, Taco Bell, will be expanding overseas into new markets, including Japan. This is great news for non-American expats who have been waiting for their chance to try the so-bad-it’s-good novelty “food” that Taco Bell is famous for, such as the Dorito Locos taco – an object the existence of is almost certainly the best proof that God isn’t real you’re likely to find – while American expats wonder what corporate espionage shenanigans led to Taco Bell beating the far superior (but still pretty fake) Chipotle Mexican food chain to international expansion. 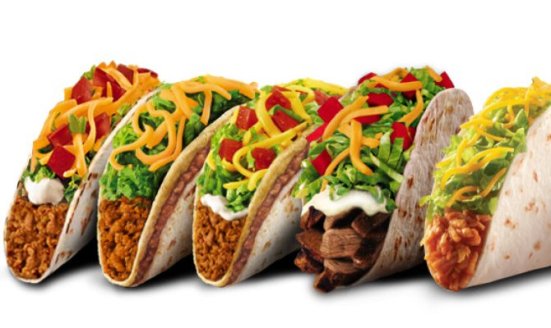 Executives at YUM! Brands – the arch-maniacal, dystopian mega-corporation that runs Taco Bell – are on record as saying that international expansion is part of their broader business plan that (and we swear we are not making this up) also includes “new daypart expansion.” For those confused by this statement, that’s evil corporate speak for Taco Bell’s intention to create an entirely new mealtime so that hapless consumers – some of whom, apparently, are somehow not satisfied with just four Taco Bell meals a day – will pay YUM! Brands for the privilege of shoving almost-food down their gullets at, we’re guessing, 2:30 pm, which is now to be branded “Second Lunch” because the Lord of the Rings universe exists after all and Sauron himself is sitting on the Taco Bell board.

For those keeping score at home, that means that Taco Bell envisions a future in which real, actual human beings – in not just America but across the entire globe – sit down to no less than five hearty meals of sawdust-like food analogue every single day, which, for the first time in history, both scientists and Biblical scholars agree prophesies the end of human civilization as we know it by the year 2017.

May God have mercy on our souls.

Tell us what you think Cancel reply